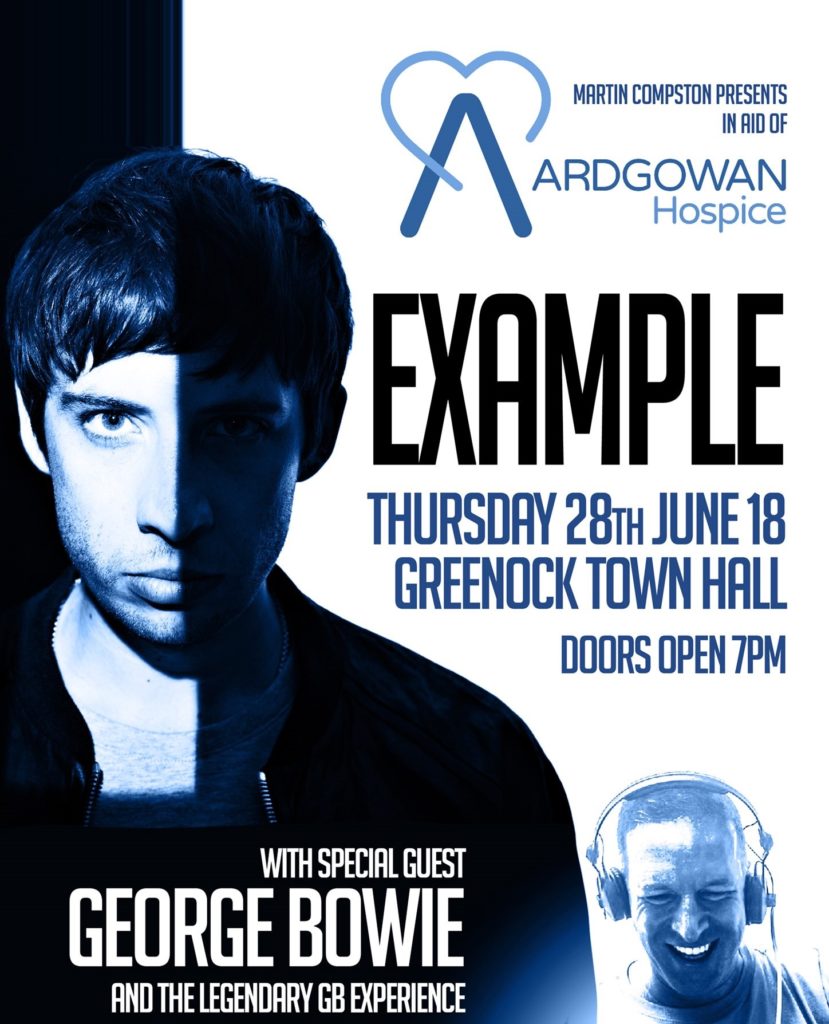 Hospice patron and famed local actor, Martin Compston, has arranged for singer-songwriter Example to headline a concert in Greenock. The show takes place on June 28th in Greenock Town Hall with proceeds going to Ardgowan Hospice! Not only is Example playing a full set, he is followed by very special guest George Bowie, bringing his now legendary George Bowie Experience to town.

This isn’t the first night Martin has organised in aid of Ardgowan Hospice. In recent years we have had the pleasure of The View, a comedy gala featuring Frankie Boyle and a Q&A with Neil Lennon all supporting the work done at the hospice.

Known for hits such as the multiweek number-one ‘Changed the Way You Kiss Me’ and ‘Stay Awake’, the Brit nominated Example recently released ‘The Answer’ from his upcoming sixth studio album.

Presenting the Bowie at Breakfast radio show on weekdays and GBX at weekends, George Bowie is a legendary staple of Clyde 1 and nights out in Scotland so the Greenock Town Hall will be shaking when George takes to the stage.

Both artists have shown incredible generosity by waving their performance fees. We can’t begin to thank the artists and Martin Compston enough for this incredible night.

Tickets to see Example are sure to sell fast so don’t delay!

You can get your tickets for just £22

← Back to Latest News